Was (until the fandoms died down): XMFC, McFassy, Avengers, Science Bros, Super Hubands, Legend of Korra

Never: Causes and Politics. I view tumblr as an ongoing LJ party post FFA and would like to keep mine that way. Also no NSFW content. I usually view my tumblr in public, at friends and don't post or follow any nsfw content. In addition, there is no ship war drama. I'm a multi-shipper in so many fandoms of both het and slash.

I have a tumblr that has lots of content for anyone learning post-beginner/intermediate Japanese http://japanese-revision.tumblr.com/It contains mainly reading and listening materials (from "An Integrated Approach to Intermediate Japanese", the radio, various manga...), as well as grammar points. I post regularly everyday and try to make it as helpful as possible, in the hope that it may be of use to others as well as myself. 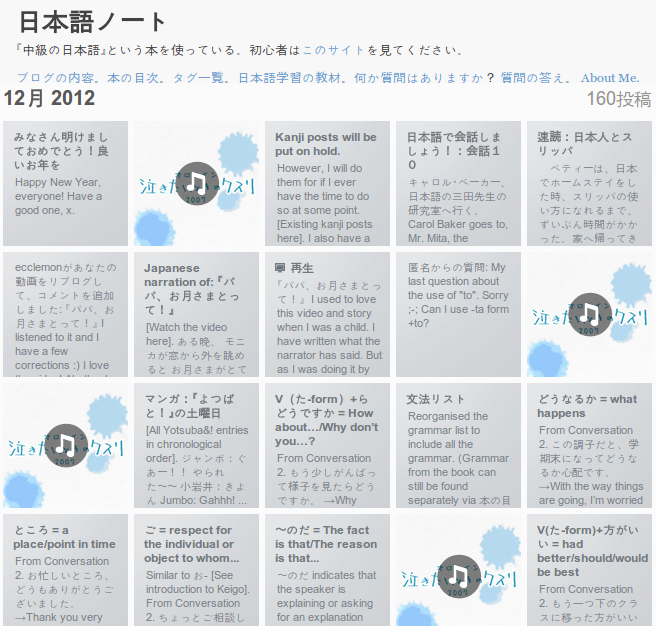 Check out this blog. Inspired by the fandom post going around “Leave an | next to your fandom”, I created the tumblr fandom friending meme. I saw all these people in my fandom and no names to go with it so I can add them. With fandomfriendingmeme.tumblr.com , now you can add them.

Like or reblog the post of your fandom. Make friends. Reblog please. Tag it with your fandoms.

Also check out shippingfriendingmeme.tumblr.com to find people who have the same ships as you do. (Under construction.)

And this is my art, poetry, music tumblr: silliestteaparty

think Black and White and grunge.....

Favorite characters: Oh, just ASK me. I'm quite the chatterbox.

Favorite pairings: AHAHAHA. Do you really want to get me started on this?

Other: Well. I reblog stuff a lot. I'm graphics-impaired, so don't expect pretty picture-sets and .gifs from me, at least not until I take the time to teach myself how to PROPERLY use PhotoShop. You're sure to see lots of irreverent humor, gratuitous worship of pretty ppl, random FML text-posts, stories about my stupid pets (and kids), plenty of NC-17 rated content relating to my fandoms/ships, the OCCASIONAL fanfic, RP shenanigans, cosplay adventures (and woes), and for right now, what with it being an election year in the US and all, tons of my left-leaning, bleeding-heart, tree-hugging, wacky-liberal political rants. If you're into any of the aforementioned happy crappy, FOLLOW ME, and I will follow you back. Cheers, friends!

i'm mai, college student with what i like to think is a lot of time on my hands but i'm really just procrastinating on tumblr. most of my reblogs are things i find funny or interesting, things i like (movies, science, poetry, purty things) and my actual posts are usually just music/instagrammed photos/drunken writings.
i usually follow back if i like your blog/you because i actually like to talk to mutual followers rofl. honestly i'm not a fandom person but i already have so much of it on my dash from my current friends that i don't even care haha.
check it :B